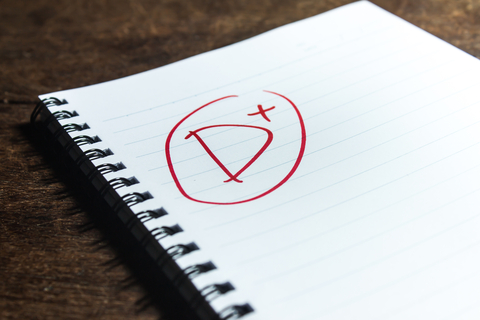 Is English changing, or are people mangling it?  Am I just misinformed or worse – getting old and uptight?  I have noticed a few usages becoming extremely common, which strike me as odd or even rub me the wrong way.  I’m not talking about street slang, either.  I hear these every day among journalists and educated professionals on TV and radio.  Pardon my rant.  What do you think?

The “t” in “often” is silent.  When I was growing up, my teachers adamantly drilled this into our heads.  The word is pronounced “offen,” and there is no such word as “oftentimes!”  Now I routinely hear “off-ten”, “offen-times”, and even the doubly squirmy “off-ten-times.”

The “H” at the beginning of a “Hu” word is NOT silent!  It annoys me to no end to hear academics talk about umans and their uge civilizations.  When the ell did this become the trendy accent of the year?

It doesn’t make sense to begin an answer with “so”!  “So” is a conjunction.  You state a premise, you say “so”, and then you explain how the premise leads to a conclusion.  Over and over in interviews now, we hear,

It’s as odd as beginning an answer with “Therefore.”  You have to tell me something before you’ve earned your “so”!

Does anyone remember the lost technique of projecting your voice?  It is understandable to taper off at the end of a sentence.  Now I hear people dropping their voice in the middle of a sentence, and then continuing to rasp airily away for the rest of the whole paragraph.  I’ve heard entire interviews with people that sound like frogs!  The idea of projecting your voice seems not to have reached British schools of broadcast at all.  British speakers have a habit of letting their voice fall to a whisper while on the radio, as if they’re trying to keep a secret from someone across the room.  Speak up!  The worst is when a broadcaster’s voice is so subdued that you can hear her spitty mouth and smacky lips.  >Q

My grammar teachers told us to avoid clichés.  At least some clichés make sense.  “At the end of the day” does not.  I hear it morning, noon, and night, and I still don’t understand what is supposed to be so relevant about the “end” of this proverbial day.

“Leverage” is a noun, not a verb!  The word “leverage” literally means a multiplication of force gained by using a machine.  It is akin to the word “strength.”  Nobody would ever say, “I am going to strength my advantages to maximize my profits.”

The funny thing is that, while contemplating this blog post, I came across articles from an older perspective.  Apparently, senior citizens wince when youngsters use the word “fun” as an adjective.  “Fun is a noun!” they say righteously.  “You can have fun.  You don’t play a ‘fun game’!”  This opened my eyes, because I had honestly never heard that.  To me, “fun” has always been an adjective.  I guess that it’s a 20th century usage that shifted shortly before my time.  It seems perfectly okay to me.

I am forced to admit, then, that the objective is subjective.

At the end of the day, maybe I should have a better sense of umor, embrace the lowest common denominator, and accept the fact that language moves foeward.