I often commemorate November 22, the anniversary of my Tonight Show appearance, with a blog post of memorabilia or updates.  This year’s post is not about me.  I need to relate one of the surprising twists of fate that has happened along the way.

(For those of you not familiar with the backstory , see my Tonight Show Silver Anniversary blog series).

The TV appearance brought me to the attention of a few people with similar talents.  In 2011, I 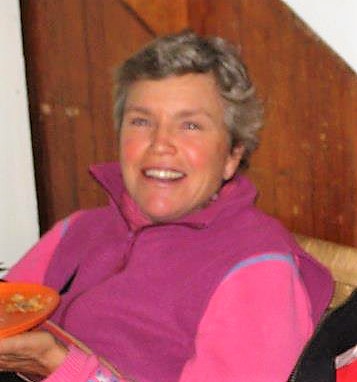 was connected to a cool Canadian woman named Camilla Morrow.  In our phone conversation, she explained the word game that she played in her mind:

Start with a short sentence or phrase:  Why aren’t we together?

Eliminate the repeated letters, keeping only those that appear once:  whY AreNt we tOGether?   (“Why this step?” I asked.  She wasn’t sure why her mind insisted on this rule but thought it was perhaps to keep the result “manageable”.  She was also a natural alphabetizer, and she said that alphabetizing helped with this step in her mind.)

Form a meaningful anagram (reordering) of the remaining single letters.  Ideally, the result should complete, answer, or relate to the original phrase in a funny, ironic, or “wise” way:  Agony!

Camilla gave me a few clever examples over the phone, and she said that she’d been keeping a list of them throughout her life.

When I wrote my silver anniversary blog post in 2014, I emailed Camilla to ask if I could quote some of her “Morrowisms”.  She wrote back with the bad news that her health was poor.  She added, “Before I’m off to the next world, I’d like to leave a list of my best ones…maybe I’ll ask a friend…..do you have any ideas how best to do it?”  I told her that of course she could just email them to me.  Even this was difficult for her at the time, but she did finally send me her list.  It must have been her life’s work, with over 600 examples!  “I hope you’ll be able to get them out there so people can enjoy them,” she wrote.  I responded to say thanks and to give her my reassurances, but didn’t hear from her again.

That was March 8, 2015.  I later found out through a Facebook post that Camilla died that very day!  She had literally entrusted her life’s work to me from her deathbed.  I felt honored with a responsibility to post Camilla’s Morrowisms online.  I’m not a famous person with a “platform”, but at least they will be out there as she intended.

Enjoy Camilla Morrow’s full collection of “Morrowisms” on this PDF or below.  Most of them are clever, funny, and light-hearted.  One of my favorites is “St. Paddy’s Day –> Pint.”  Many of them don’t mean much.  Part of the fun is sorting through the duds to identify your favorites.  And then there’s the penultimate one, the heartbreaking entry, “And nothing more –> Grim death.”

Rest in peace, Camilla!  Your crazy mind lives on!