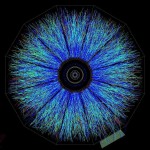 Today, we heard news about the discovery of the Higgs Boson or (*cringe*) the “God Particle.”  It’s phrases like this that are just plain bad press.  You take a concept that the public knows virtually nothing about, and then throw the word “God” in there, and suddenly every Joe Schmoe has a strong opinion about it.  Before too long, Yahoo Forums is a chaotic melee of religious-versus-science name-calling.  Let’s all back up a step.  So what exactly is this Higgs Boson, and why is it making news today? 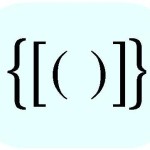 I think that we should invent a quotation notation for paraphrases.   “When you use quotation marks like these,” it signals a verbatim retelling.   So if you just want to paraphrase someone, you could use a different punctuation mark. Something that has open / close asymmetry would have an advantage. 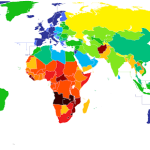 Educating myself about current events in these past few months, I have been reading about lots of different countries that I never think about, some of which I’d never even heard of before.  (Brunei?!)  Like any interesting knowledge, it’s made me want to learn more about these countries.  I thought that it would be fascinating to talk to people who live in some of these remote places for a first-hand account. 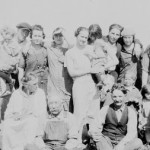 ANNOUNCING my first planned “Great Grand Genealogy Tour,” through the Western U.S. this summer.  Both sides of the family will be well-represented on this tour. 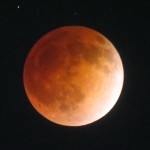 Photos – Observations – And don’t miss the video at the end!

I took pictures of the moon about every 15 minutes during this last eclipse (except when it got too cloudy!)  🙁    Here is a time-lapse montage of how the moon changed shape and brightness during that time. 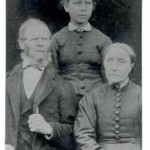 This summer, I will finally take the first of my major Great Grand Genealogy Tours (GGGT), as described a year ago.  I simply couldn’t afford it in 2013.  This year, I am in a much better situation.  I also have very generous financial support from Dad and Grandpa Fagerland. 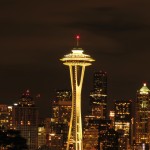 Here’s my first report from the road on the Great Grand Genealogy Tour of 2014.  I was in Washington June 27 – 29.  There is a sizeable Norwegian community in Washington.  The Fagerland branch of the family started settling there in the 1950s.  My purposes for this trip were:

(1)  To tap the memories of Orville Fagerland, my oldest living relative.

(2)  To look for a picture of my 2nd-great grandparents Fagerland.

(3)  To see a collection of family artifacts at Pacific Lutheran University. 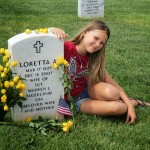 This is the second and final update of my GGGT 2014, summarizing what I learned in South Dakota and Utah.  My parents, Grandpa Fagerland, and gravesite of Grandma Fagerland are in South Dakota.  In Salt Lake City, I spent two days at the Mormon Church’s Family History Library (FHL).  Read on to see results in the Meyer, Fagerland, and Beck branches. 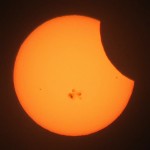 Now it’s the sun’s turn!  These are my photos of the North American partial solar eclipse on October 23, 2014. 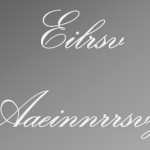 It’s been 25 years since my lifetime’s most public moment, a four-minute civilian guest spot on The Tonight Show with Johnny Carson.  I am taking occasion of this silver anniversary to gather memorabilia and publish a full account of the TV appearance and all that surrounds it.  There is a lot of ground to cover, so I’m breaking this into a three-part series.  Part 1 discusses my alphabetizing talent itself and events leading up to the TV spot.  Part 2 will follow on the broadcast’s anniversary date, Nov. 22, and will give my behind-the-scenes account of that particular day.  Part 3 will cover the aftermath:  publicity, events, and what I learned from being on TV. 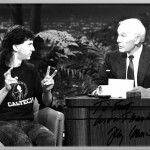 “It was 25 years ago today” that I sat in Carson’s guest chair.  Today’s post follows the events and my thoughts on that particular day.  It was the day before Thanksgiving, 1989.  This was the era before smart phones or the world wide web, so it was harder to document things back then.  I relied on newspapers, a film camera, and VCR tapes.  This year, I have collected these souvenirs to post here.  If you missed it, Part 1 of this series, “Before the Show,”  explains how I got to this point.  Part 3, “Aftermath,” will follow in the next month or so. 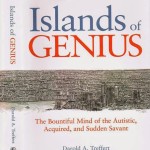 This is the final installment of my Tonight Show 25th anniversary series.  If you missed them, Episode 1 discusses events Before the Show, and Episode 2 recalls The Day of the Show.  Today’s post follows up from late 1989 clear to the present.  It is the longest and perhaps my favorite post, because it shows how this personal history has been woven through my whole life.  Read about the publicity, the characters I’ve met, the book, and what it’s all taught me.  There’s even a video of alphabetic banter with another TV god. 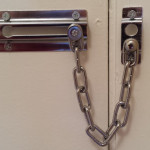 One of my pet peeves is those things on my to-do list that just never seem to get done!  Even when you’re organized, it seems that there are always priorities, deadlines, and things that come up.  It never seems to be the right time to “Put chain lock on door”.  Forget about “Sort through / digitize old tapes”!  That tires me out just thinking about it.  These items languish in to-do limbo for months or years. 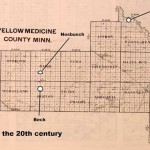 On Tuesday, I will leave home for my 2015 Great Grand Genealogy Tour, the GGGT of the Plains States.  I’ve been preparing all year, especially last month.  There’s not much preparation left to do except announcing it!  Read on if you’d like to follow where I’m going, what I’m doing, and why I do it. 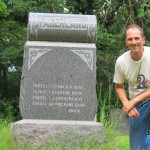 The Fagerland name came down to me through my grandfather Warren.  My 2015 Great Grand Genealogy Tour (GGGT) of the Plains States included ND and MN, which are obviously very dense in Fagerland history.  This post summarizes what I learned about Fagerland ancestors on the tour.  It will make a little more sense if you first read the post I wrote before taking the trip.  When you are ready to see what I learned, read on. 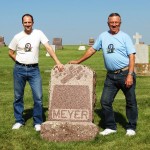 Dad’s mom was Loretta Meyer-Fagerland.  I knew her very well, and I remember her mother, my great grandmother Lottie Wiltse-Meyer.  For more background about this year’s genealogical adventure through the Plains States, read this post.  If you’re already familiar with the trip and would like to read more about what I saw and learned about the Meyer branch, read on!

(This archive is a work in progress.  Meanwhile, you can see all my posts here at my old Blogspot site).